How are you performing right now, could you improve?

Does the stress of planning keep you up at night?

Let’s reverse engineer the problem. Where are you now, and where do we have to be.

We know more than most, that trying to understand how to tackle excavations around underground services and planning the best way to go about your construction project can be challenging.

There can be stages of the project where there is little to no access to certain areas or traffic management nightmares in high volume traffic areas. And then there are stages of construction where only certain times of the day the site can be accessed. That’s where having a strategy in place to plan out any proposed works is a great idea.

But where do you start?

What you really want to understand from you project is to identify key indicators – bench marks and targets. By evaluating what’s a hit and what’s a miss, we can improve financial performances and hopefully not hit any buried infrastructure.

what would a loss look like? When digging near pipes and cables, it can be apparent really quick what a loss is, but do you know what the impact from that loss would be?

The process. Geoscope, a certified DBYD locator, offers a wide variety of underground service consulting for construction and building trade professionals and companies through successful partnerships.

Our wealth of experience, deep understanding of best practices, and the latest quality management techniques to provide you with significant services and deliverables that will improve your business. 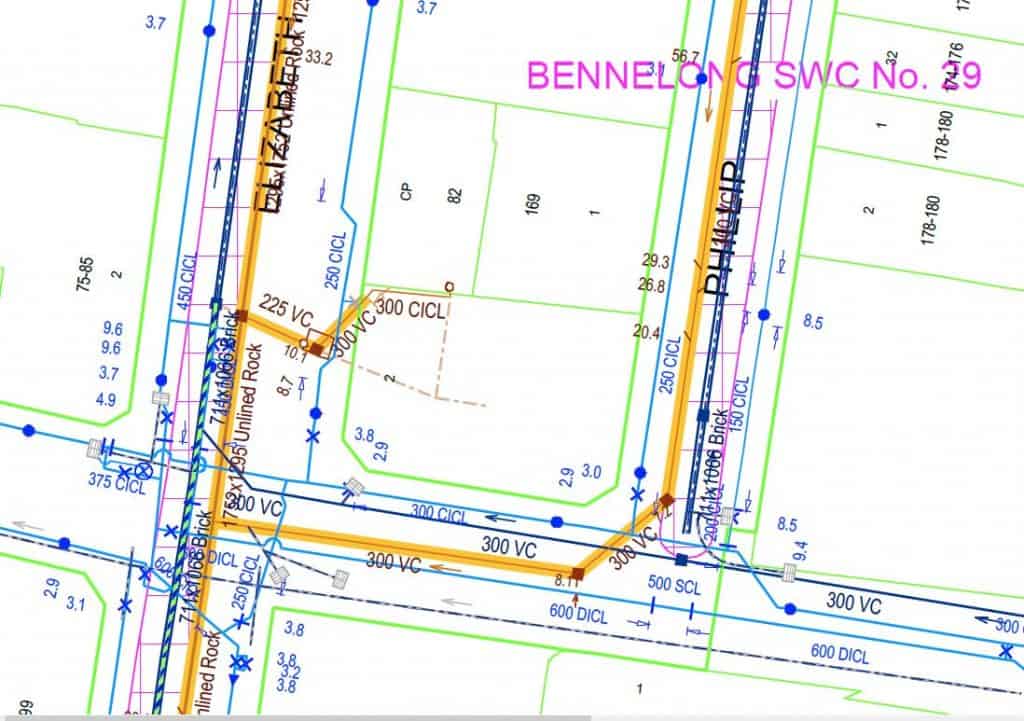 Our hands-on experience can be the difference between delivering a profitable handover or coughing up unnecessary expenses due to damages and reworks. We can help you come to realise:

Good strategy comes from good analysis. Contact us today to start work on implementing a strategy and plan to best have your excavation site digging up gold in the form of success.

The best excavation methods and techniques at your site.

We’re quite lucky in a way, that the construction industry in Sydney offers a broad range of site locations where every day can be a different office.

As we travel each corner of the Sydney metro, we come across sites with different soil types varying from dry sand, moist clay to shale and hard sandstone. Each site has its quirks and installing underground services in theses areas could be done in a typical fashion.

Knowing how an underground asset was installed and the properties left to the existing soil or rock and vegetation can give clues which our trained eye can spot at a glance.

What about the safe approach distances to High Pressure gas mains and High Voltage electrical cables? Firstly, identifying and searching for these services using multiple locating methods will narrow down the location at your site. Geoscope has this part of the package sorted with a full underground service identification solution.

Many of the rules can be found in the duty of care statements you would commonly receive when requesting DBYD plans for your proposed project site or through advice from the asset owner representative. Often, depending on the type of works being executed will depend on the tolerance which must be given to the actual critical service below. For example, boring or explosive works require greater approach distances than much simpler task such as hand excavations, although it’s best to consult the experts before beginning.

What about the quality level of the locating delivered to your site? Do you have adequate information or is the plan you have been provided all indicative with little to no electronic or positively identified services? We can tell you know, just because you have been handed a utility survey drawn to the Australian Standard AS5488, not all utility surveys are created equal.

You could have discrepancies on the exact same site on two different drawings between: 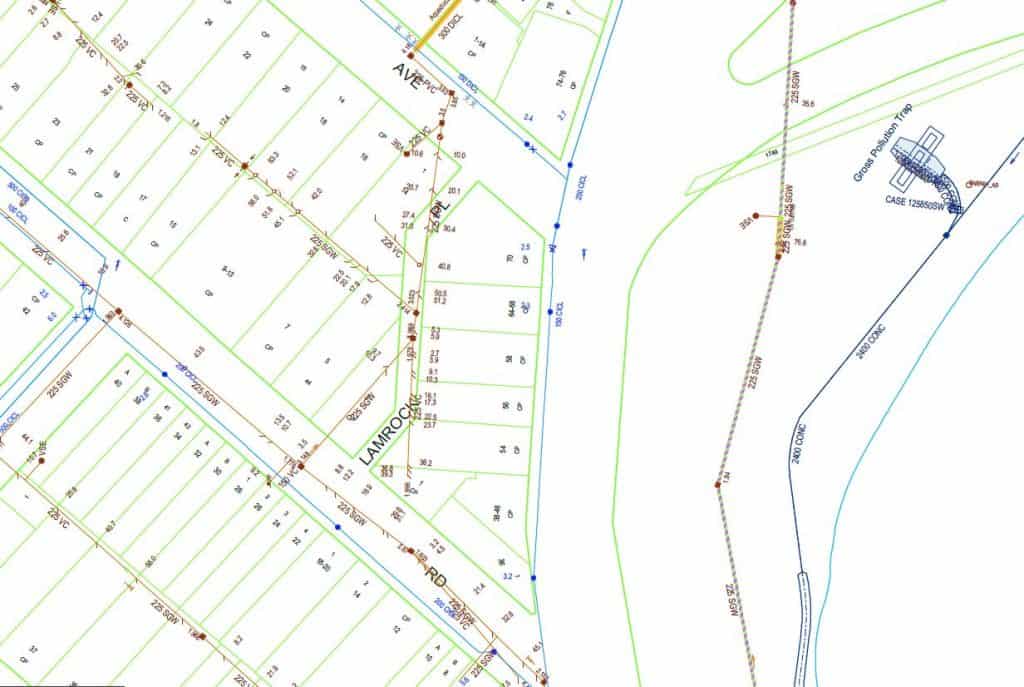 How any information is obtained would be one of the first questions I would ask when looking at a utility survey. From years of experience, I can pick an indicative line from that of an electronically located line 99 times out of 100.

Has the survey been a join the dots between pits and manholes kind of job, or were those manhole overs actually opened and investigated? Something we like to do is never assume what is or is not

within a pit or manhole. It can be surprising the amount of utilities that share lids and covers between each other. It makes assuming a humble storm water lid which actually is a high voltage electrical pit quite a potentially costly and dangerous exercise.

Surfaces feature survey with no regard to underground services.

How to speed up and work efficiently around underground services.

Everyone is looking for that edge, to improve, to become faster which in turn improves business turn over. How can we do it? There’s only so fast someone can dig and there’s only so much we can do.

What if you had all the correct utility information from a locator that cared if your site was performing to its utmost ability? They actually took the time to locate and map every service that was traceable and reported on the undetectable, so action can be taken immediately to identify the location.

Something we hear around the water coolers on site is that “we used to use so and so locator before, but you never know who which bloke you’re going to get” or “this locator we had missed the fibre”. Being on the locator side, there’s always two sides to the story.

Did the client understand or was he explained the limitations of the equipment and what steps were put in to action to prevent the negative reaction? Or were these locators just negligent and or incompetent? There’s a lot to ask here but choosing a utility locator that can keep your site on the move is one to look after.

What we’re getting at is by having the right guys on site and the right plan of attack, we have a greater potential of speeding up the identification and services search process.

By completing the locating we can push through the planning and strategy to expose the critical and non-critical general services through potholing along the proposed trench or excavation.

Nothing speeds up a job by preventing slowdowns. Slowdowns like damaged water pipes which can flood a site or severed electricity cables which have potential to electrocute and even injure or kill.

Each of these slowdowns can require clean up, follow up protocols, process review, damage investigations and the dreaded task on a construction site, PAPER WORK! Where these damage, there’s delays.

Luckily, by putting the right plan and strategy in place from the beginning, slow downs from pipe and cable strikes can be exponentially avoided.

Is the information complete, has everything been plotted from a known source of information and service location mark up? This step is vital in the planning process. Has the person compiling this data for review been trained in plan reading and knows exactly what to look for?

As mentioned above, assessing Subsurface Utility Information quality and confidence and accuracy levels. Can be the difference of having a sucker truck aimlessly digging in the wild or precisely dropping on top of an accurately located service.

You might have an AS5488 utility survey completed to the Australian standard, but do you know how accurate the information actually is and what do you need to look at to make sure your working to the correct tolerances.

Is the information sufficient or does further investigation need required to get right on point of some utilities? It wouldn’t be the first time, nor the last that I’ll see a utility survey completed accordingly to the Australian standards AS5488 but have all quality level C and D information.

These are the million-dollar questions needed to be asked to achieve success on site.

What services need more detail in the planning and construction phases

Once we have understood the quality location levels, we can understand the level of confidence we can put into a subsurface utility.

How to get more information on underground services.

You might think Dial Before You Dig is the only place to get asset drawings. Depending on the site and archives, many places are able to source information, not only drawings which can be extremely valuable in narrowing down certain areas to focus more of attention into.

Accessing any additional information can be extremely valuable in the schemes of the service search locator spending quality time in specific areas vs in a broader target area.

Doubling down and targeting in areas of the site that could have been easily breezed over by inexperienced locators is what separates Geoscope from the rest.

But where do we find this info? Talking to the right people in the right departments is one part of the secret. We’ll help you find it, just contact us via email or through our social media pages and we’ll get you on track.

Receive updates on the latest news and special offers!